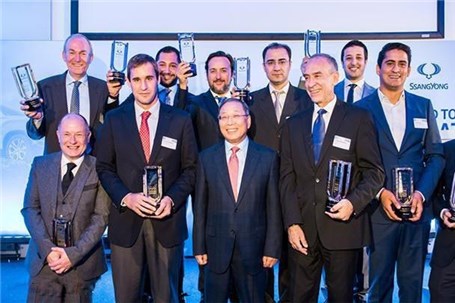 To acquire the quickest growth among dealerships;

Asre Khodro- The 2017Ssang Yong International Conference of Agencies, hosted by more than 40 Agencies from all over the world was attended by Engineer Dehsangi, Director of the Office of Commerce as the representative of theRamak Khodro of Iran, at the Frankfurt Motor Show.

Reporting "Asre Khodro", the three-day assembly was held on the 20th of September 2017, including around 100 dealerships executives, from 40 countries, and were awarded with top honors in sales, marketing and customer service.
According to the report, the Ssang Yong  Award was received by Chile for the highest sales and sales growth. The fastest growing prize was awarded to the agency of Iran (Ramak Khodro).
The best advertising campaign was given to the agency of Turkey, the best sports marketing to Spain, the best network management for Central Europe, the best brand for UK agency, the best digital marketing to the Egyptian agency and the best selling agency to Costa Rica.

At the conference,Ssang Yong Motor CEO Jang Sik Chui pointed out that this year's global conference was an excellent opportunity to discuss cooperation plans to increase sales volume and sales strategies for the G4 Rexton, and adding : "Our efforts to increase global sales, The diversification of export markets and the implementation of various sales strategies to build the Ssang Yang brand as an SUV specialist. 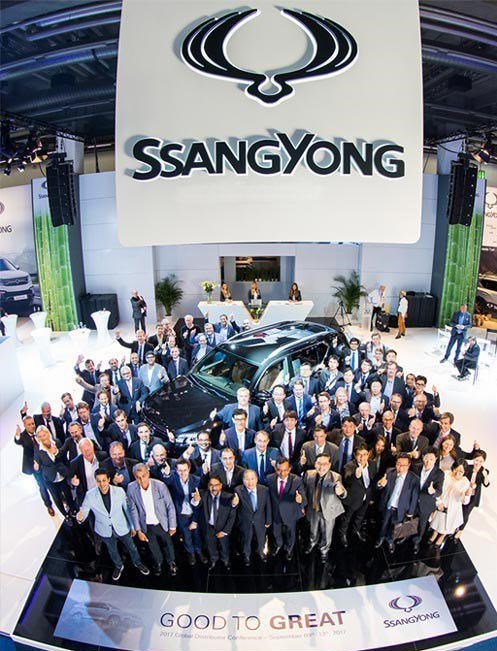 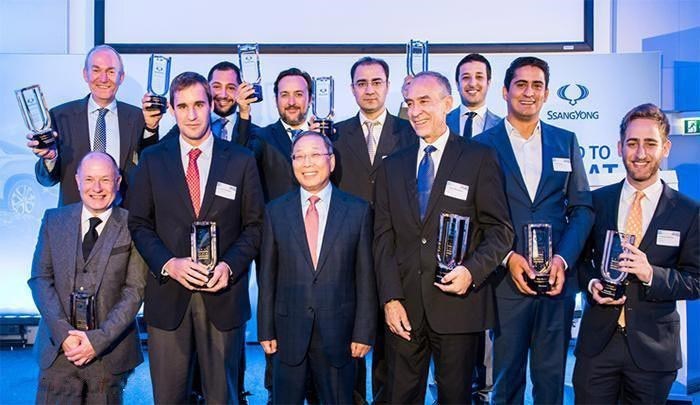